National Supreme Winner for the 2016 House of the Year Awards

Richard Davidson Builders Limited was established in 1999.  Richard has some 30+ years carpentry experience and is a Site 2 Licensed Building Practitioner.  RDB Ltd has been specialising in building masonry homes for the past thirteen years and has worked alongside an award winning designer for the past ten years.  We concentrate our expertise in building architecturally designed masonry homes.  We employ highly skilled carpenters and work closely with the design team to ensure we deliver a high quality of service and a home that you will be proud to own.

RDB Ltd is a Registered Master Builder and will offer a 10 year Master Builder’s Guarantee.  Public liability and contract works insurance is included in the full contract price. 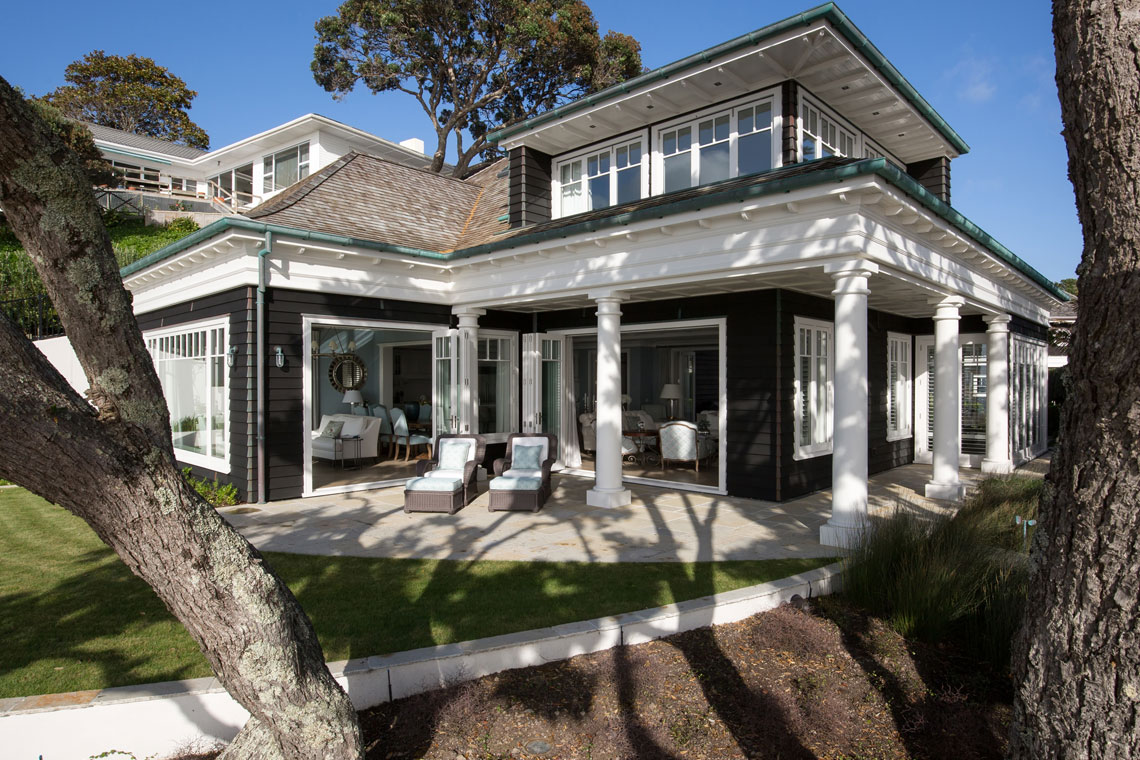 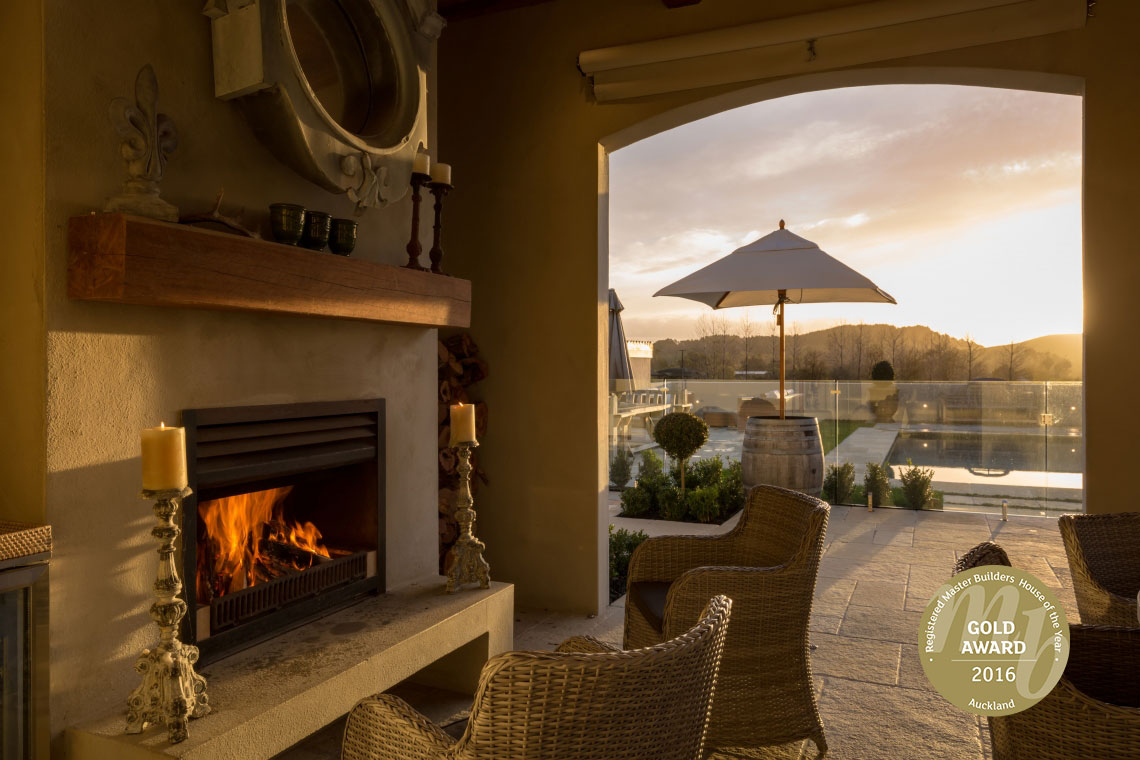 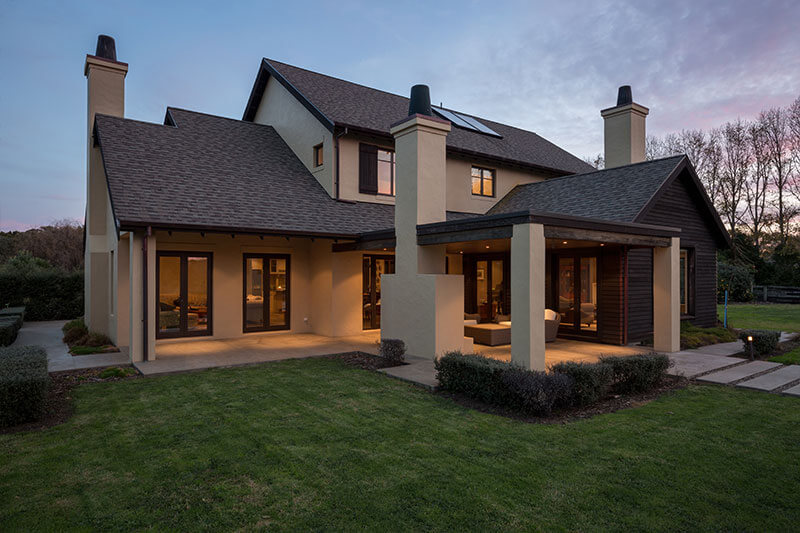 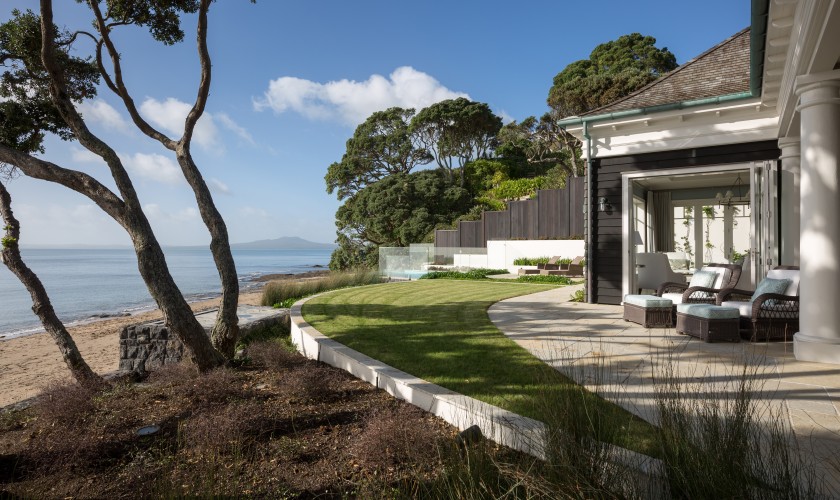 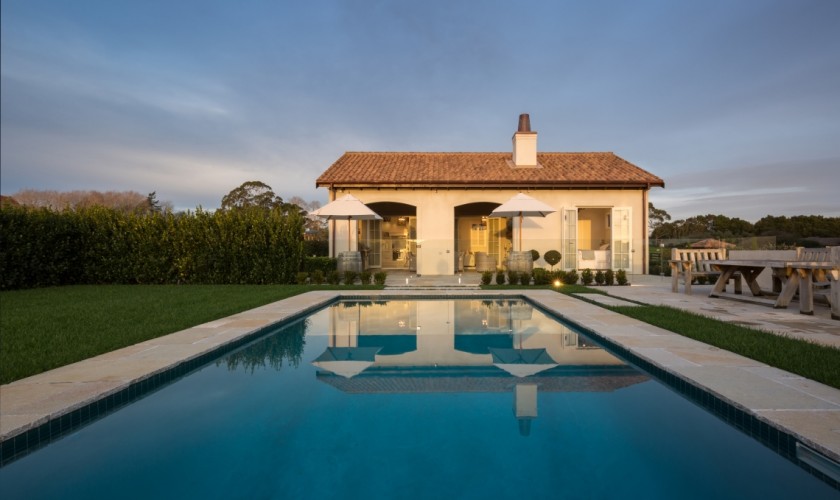 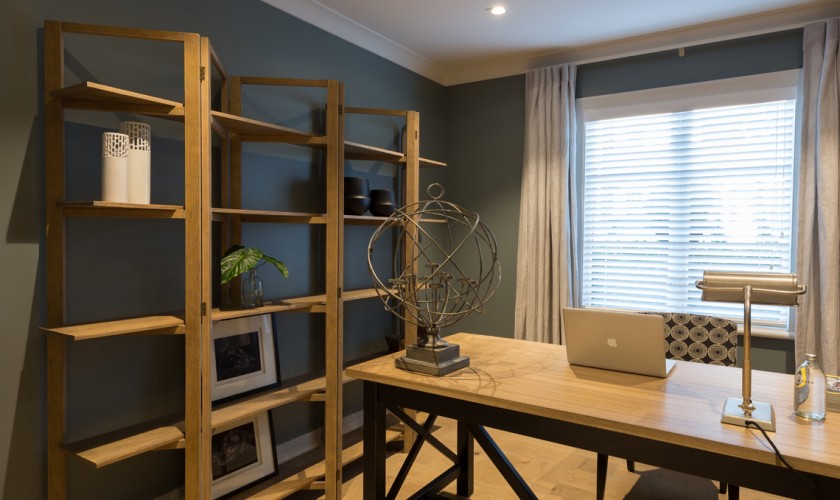 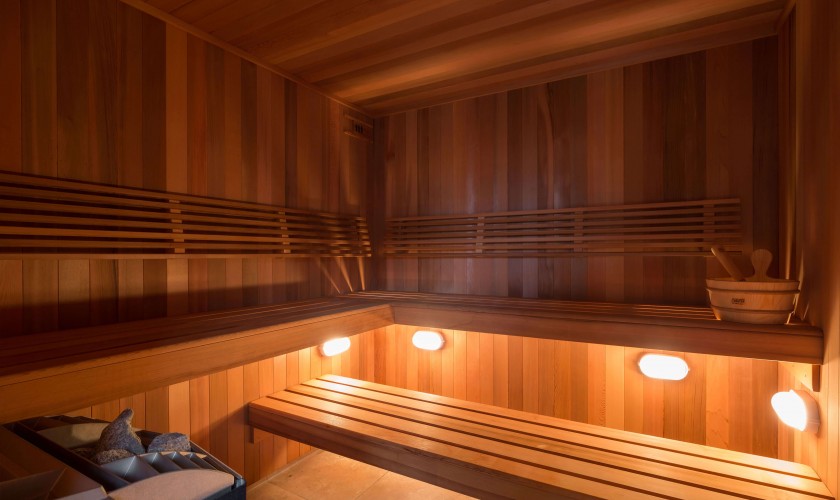 In 2003, RDB made the decision to specialise in building masonry homes, starting with our own masonry home.  RDB have now built in excess of 7,000 square metres of solid masonry homes over the past 13 years.  These homes have proven to be a fabulous choice with the thermal and sound qualities that can only be achieved by building masonry.  You can achieve many styles and designs with the exterior cladding; cedar weatherboard, smooth plaster, undulated plaster over hotblocs - the options are unlimited.  Talk with us today to discuss your new project.

RDB are with you every step of the way from excavation through to construction, landscaping and move in date.  RDB liaise closely with the designer to ensure your project runs smoothly and on time.  Our team take care of all Council inspections ensuring your project is signed off in accordance with building codes, plans and specifications provided. 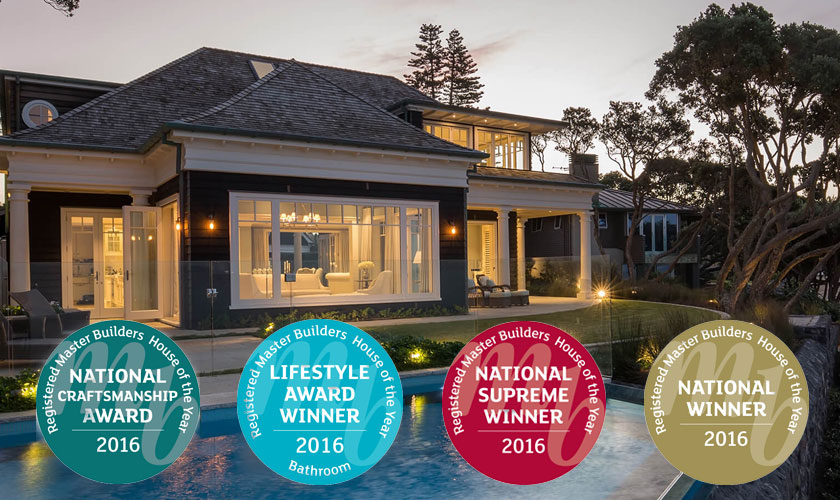 A beachfront home that made a "dream a reality" for its owners has won the prestigious title of Master Builder's Supreme House of the Year.

The dinner at the Langham Hotel was attended by 500 guests from the building and construction industry.

The builders behind the Campbells Bay home, Richard Davidson Builders Limited, took out four national awards, including the coveted Supreme House of the Year, National category win for the New Home over $2 million, the Plumbing World Bathroom Excellence Award and the Craftsmanship Award.

"The home's adaptation of an American classic, which was built on a difficult and complex site, is bound to be a trend setter," they said.

The 700sq m black and white Cape Cod-style home had five bedrooms, four bathrooms and three living areas. Judges said it combined the architect's vision and detailing with "outstanding skills and craftsmanship to create a home full of delight, discovery and sophistication." It was in the national category for new builds over $2m.

Hamilton's John S Macdonald Builders Ltd was awarded the Supreme Renovation of the Year for their work on a Tamahere house, along with the National category win for the Renovation Award over $500,000.

The six-bedroom, five-bathroom home in Hamilton was described by judges as "simply stunning" and "a credit to the owner and builder".

"With no loss to the historical character, this magnificent family residence is a combination of renovation and restoration.

The home has been reconfigured and services have been upgraded to incorporate 21st-century technology," they said.

Maddren Homes won the Bunnings New Home up to $300,000 category for a house in Beach Haven. Judges were impressed by the smart design, simple materials and feeling of light and space.

They described it as an ideal family starter home or for someone looking to downsize. "It is well constructed, showing what can be achieved on a tight budget."

Registered Master Builders chief executive David Kelly said the House of the Year awards were an opportunity to celebrate the quality homes built in New Zealand by quality builders. He cited the recent earthquake as an important reminder of the importance of safe, well-built homes.

RDB have carried out a wide variety of landscaping projects including pool houses, cabanas, driveways, stone paving, fencing and retaining walls.  These site works are all part of completing the whole package.  We can provide advice on landscape options and have worked extensively with landscape designers. RBD offer the Master Builders Guarantee upon signing a contract.  There are three guarantee types offered with different levels of cover.  The cost and specific details are provided in the Master Build Guarantee document which will be provided to you.

RDB subscribe to Hazardco - Construction for Builders & Trades programme and have access to ongoing advice and support on NZ Health & Safety Regulations.  RDB have implemented and maintain strict health and safety procedures on every site.

Selecting a building company is the most crucial part of creating your dream home.  The scale and size of any one project can span eight months to eighteen months.  We manage your project from concept to completion.  We are passionate about the quality of our workmanship with many of our homes having finer and more intricate crafted detailing.  RDB pride themselves in the high quality finishing detail of the superior masonry homes that we have delivered.

Experience, reliability and knowledge is key to your building journey.  RDB will meet you on a regular basis and keep you well informed of the progress of your new home.

RDB have a network of friendly and reliable contractors that have been part of our building family for many years.  Our relationships are well established which creates hassle free interaction with our contractors.

RDB is North Shore based, building homes in the East Coast Bays, Riverhead, Coatesville and Dairy Flat.  We will provide a free no obligation quote from your plans.

Or you can drop us a line and we’ll get back to you as soon as possible.